The design made for a private, closed architectural competition organised by Orange Property Group. The purpose of the competition was to find an architecture office that would prepare a project of the entire investment of the former Franciszek Ramisch’s cotton factory. The presented architectural concept of buildings on Piotrkowska Street 138/140 will certainly be subject to some adjustments resulting from works on the concept of the whole complex. In accordance with the city conservation officer’s guidelines, the design was to have a specified height, relating to a neighbouring tenement from the Thirties (Piotrkowska 134) and its elevation had to be split in two, resembling the historical division of the parcel. The investor’s premise was, in turn, to highlight the entrance to the entire complex and at the same time to draw attention to the compositional axis oriented towards the tower located deep in the plot, the tower being a part of the Ramisch’s factory. We hope that this design will trigger a discussion on modern architecture in the city of Lodz.

To collaborate on the competition we were invited by N.O.W. Biuro Architektoniczne sp. z o. o. (LLC). In the competition first prize was not awarded, but our entry received a distinction. Thereby, our team was invited to cooperate further on developing the conceptual design of the site belonging to the investor who currently operates under the name of OFF PIOTRKOWSKA. The site is one of the more recognisable areas of the city of Lodz. 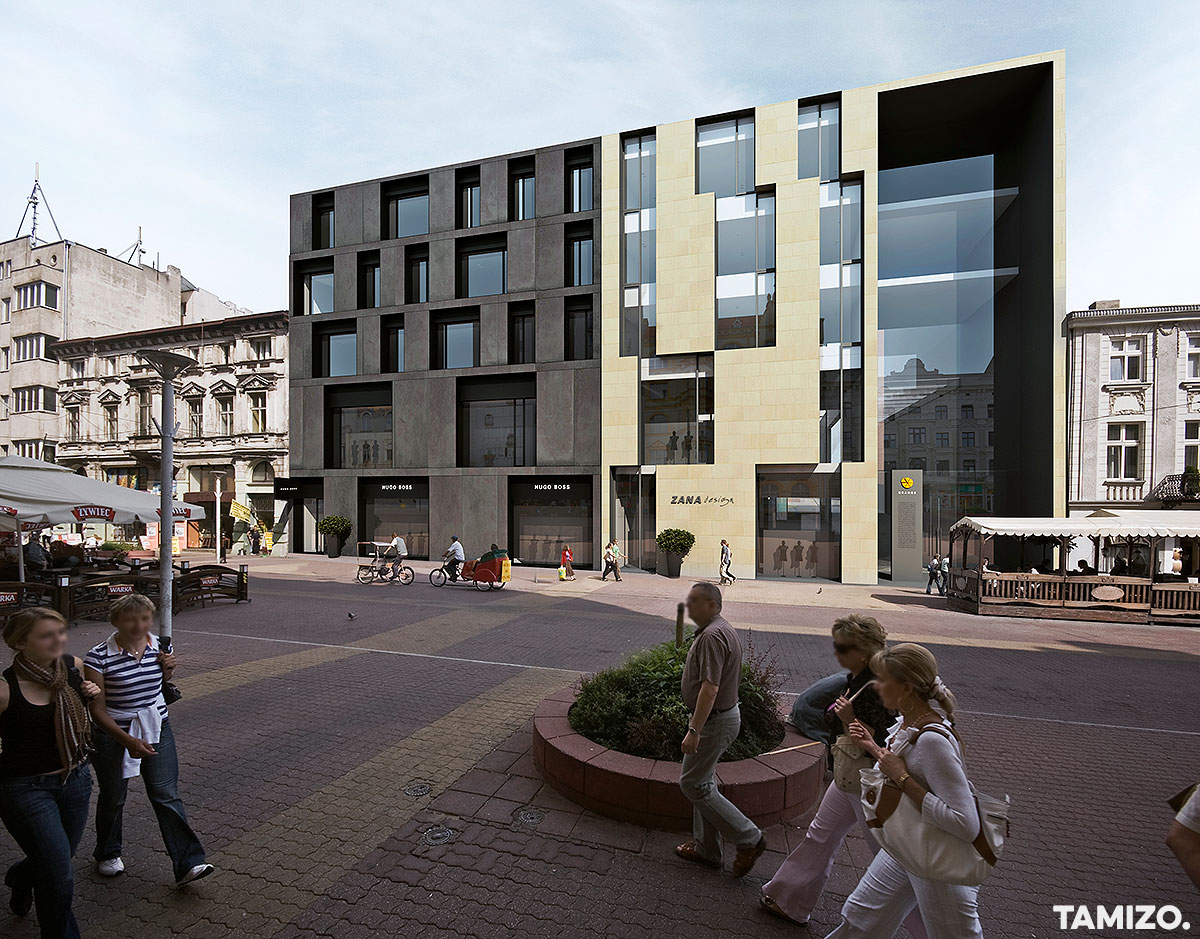 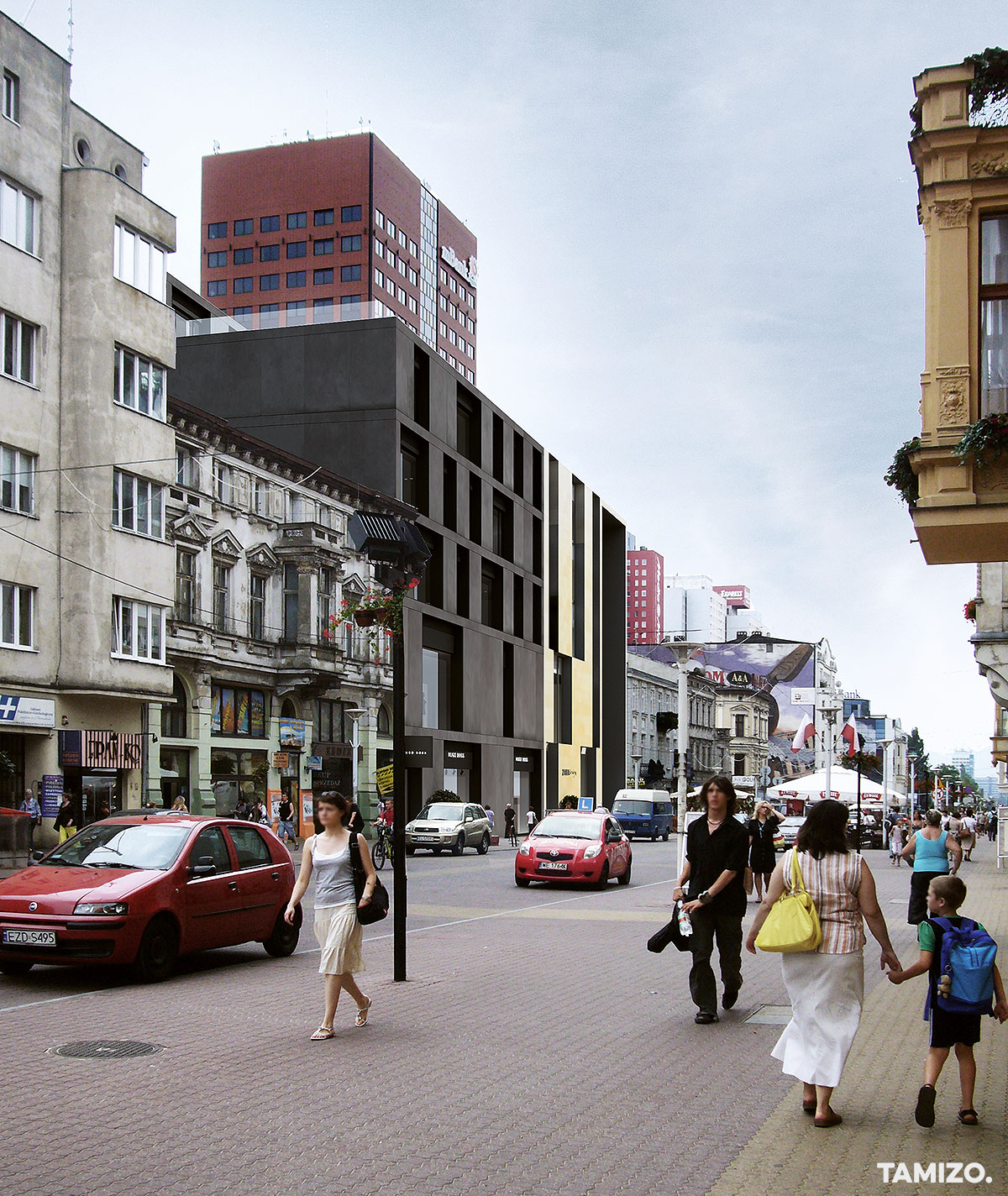 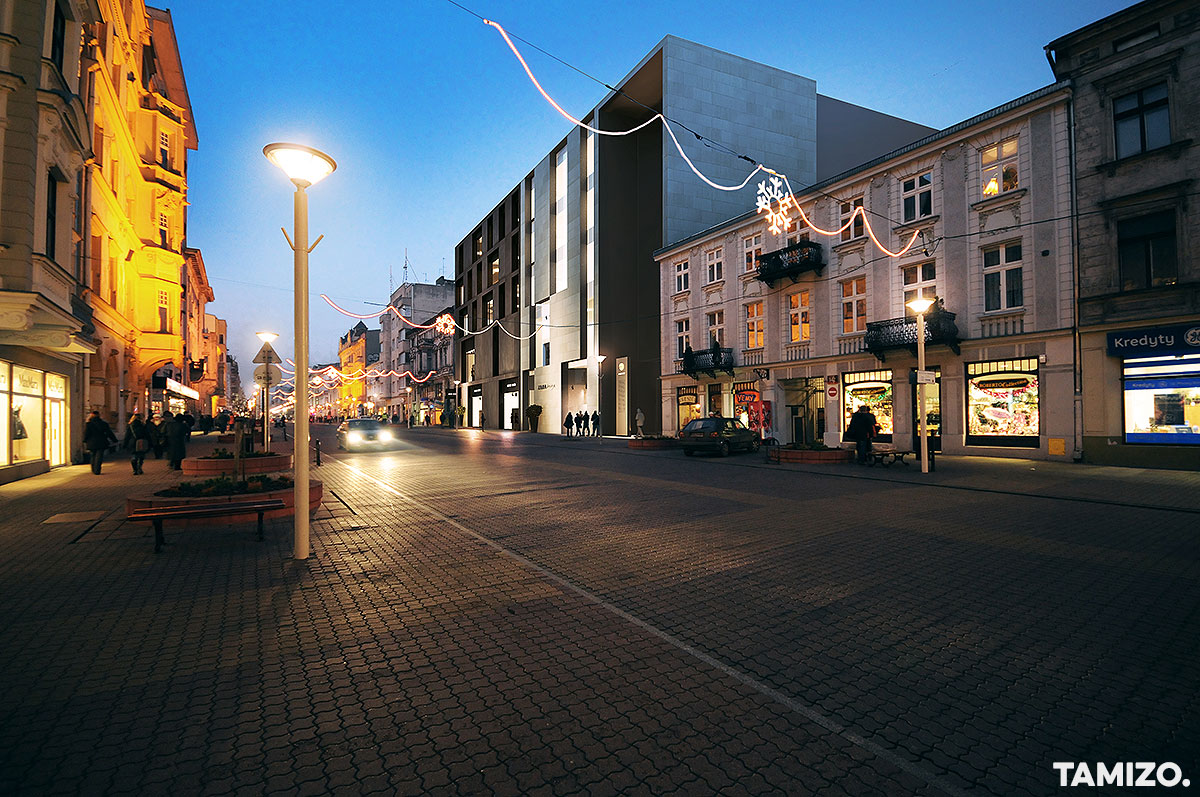 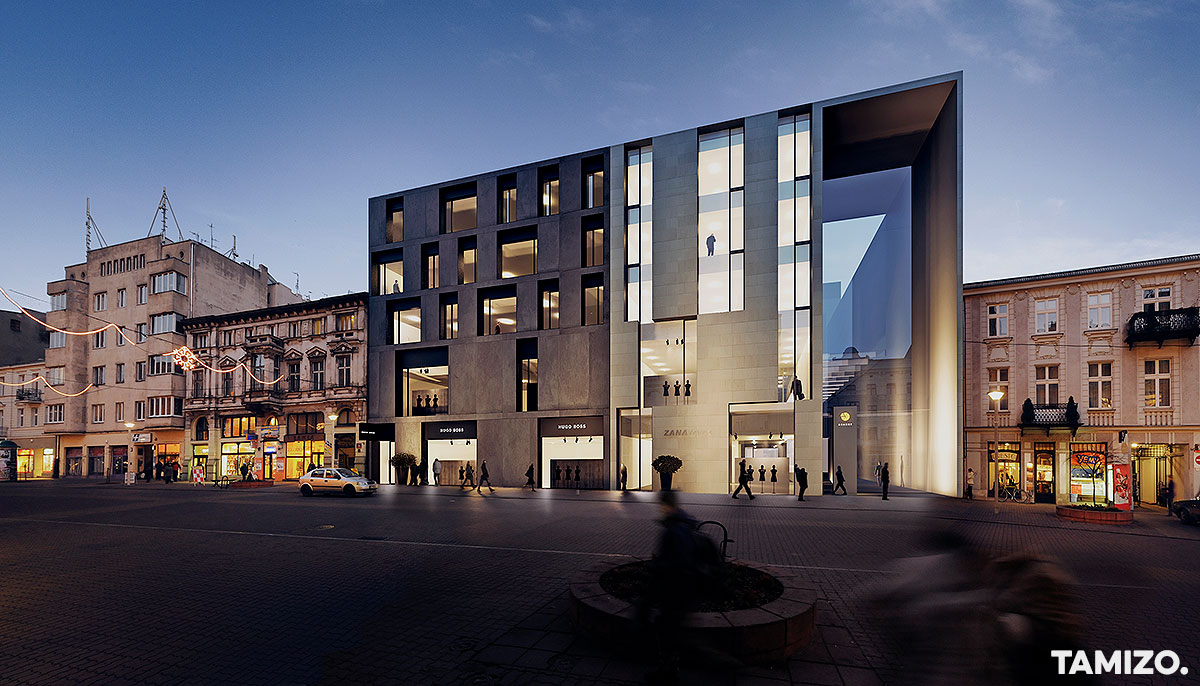 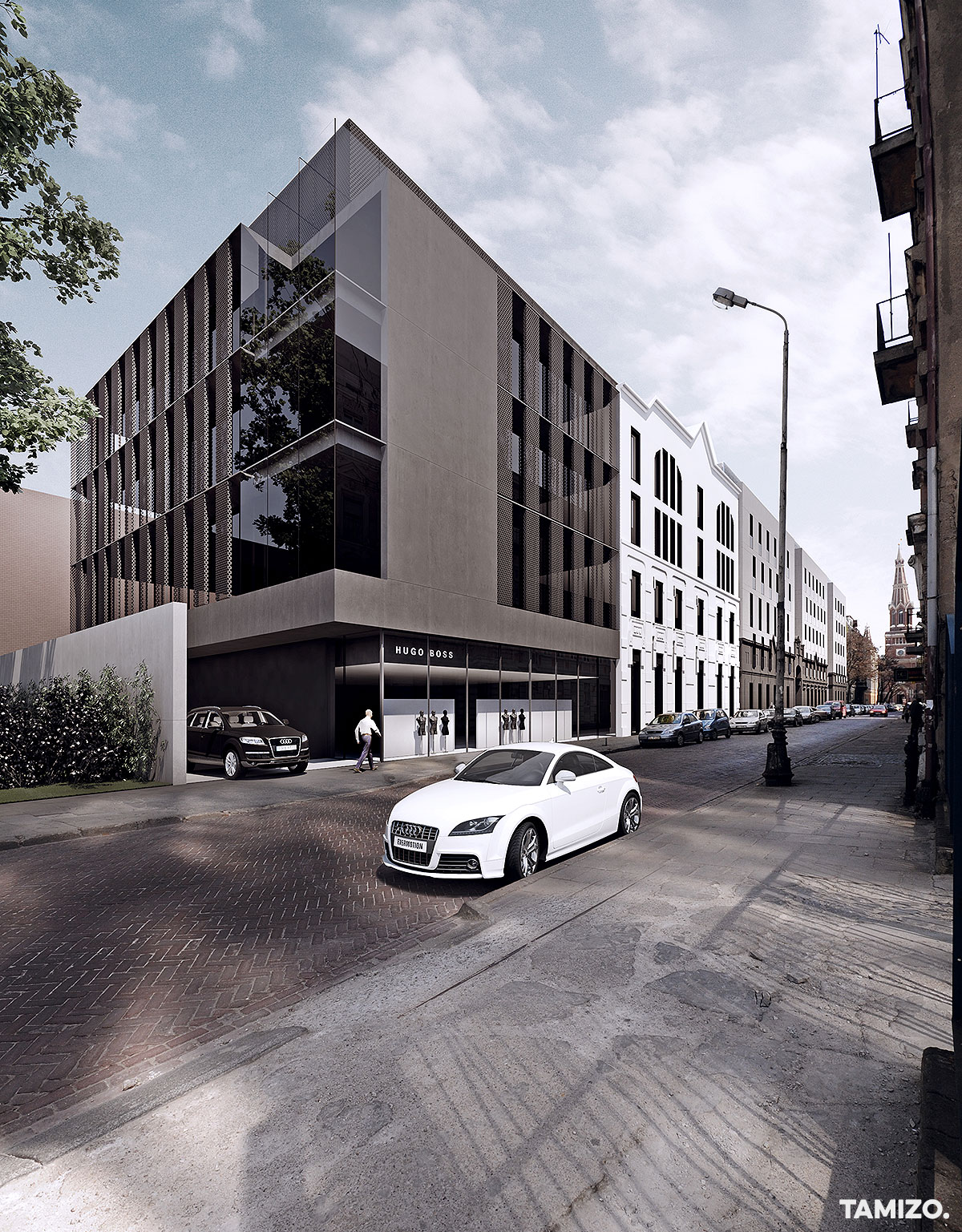