Lodz - the city established relatively recently, developing at a very fast pace in the first stage of its existence, now it seems to have stopped somewhere between history and modernity. Its centre, divided by the East-West route into the northern and southern part, ‘turned its back’ on pedestrians, favouring traffic. The idea of creating a well-organised transfer point along with the ‘pushing’ the East-West route underground gave birth to hope for the possibility to reintegrate the city and create space for people rather than for cars. Our aim was during the designing of the object which was supposed to stand right here was to obtain a light and ethereal form, which will not ‘crush’ passers-by and people waiting at the bus stop with its ‘weight’. We wanted to create pro-social space, which does not divide but connects both sides of the Aleja Mickiewicza. Steel and glass ‘flakes’ supported on slender pillars give a sense of lightness and, together with the existing greenery, create a friendly atmosphere. An important aspect of the whole issue is also the city’s history in the context of architecture. The new form refers to such an important to Lodz (according to the organisers of the competition, who imposed such a requirement) trend as Art Nouveau. Meanwhile, it is a modern structure giving a clear signal to the recipient that Lodz aspires to the status of a dynamic and ambitious city. Our proposal is also a response to the currently prevailing trends in architecture that relate to ecology. Oval shapes refer to bionic forms, green roofs, the usage of steel structure and a system for collecting rainwater that will be used for irrigating green roofs and the surrounding lawns. These are some of the elements of the eco-friendly nature of the design. 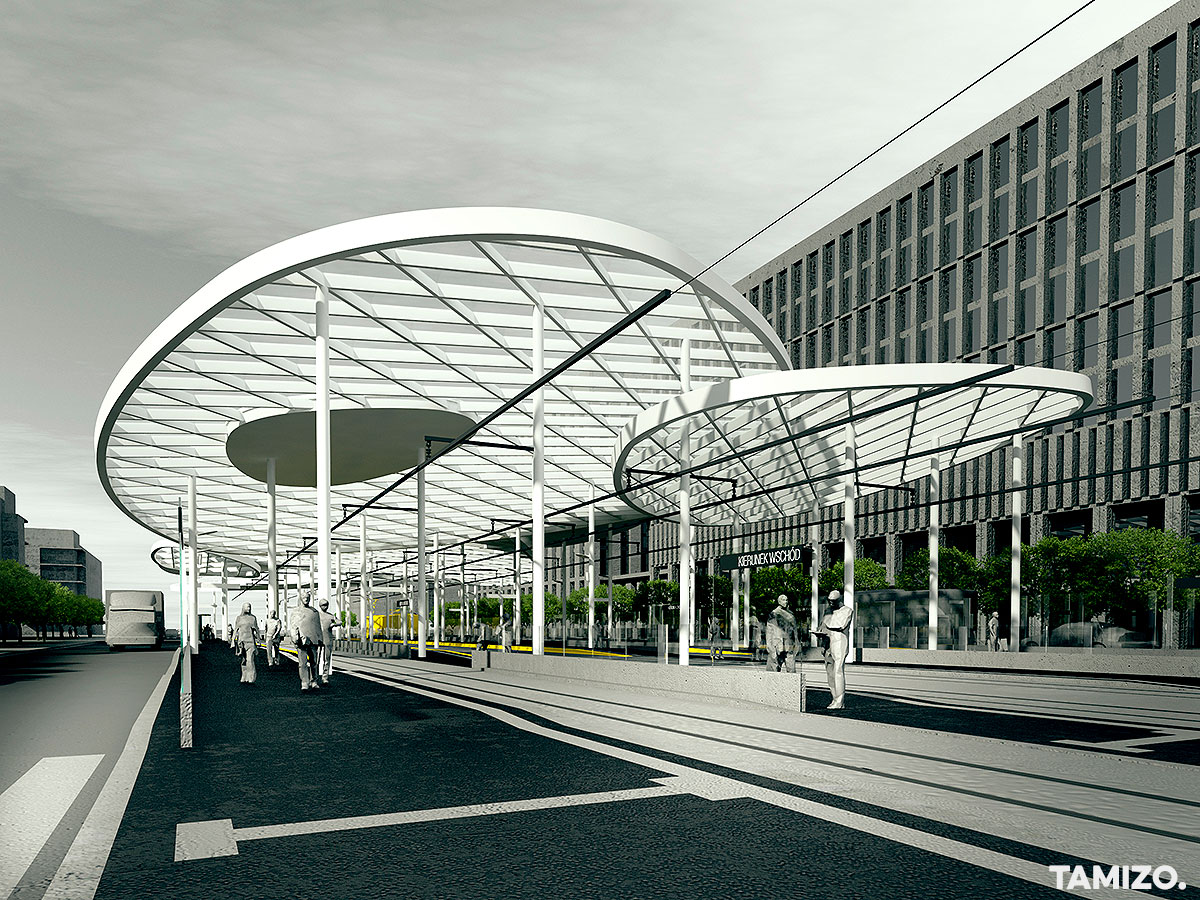 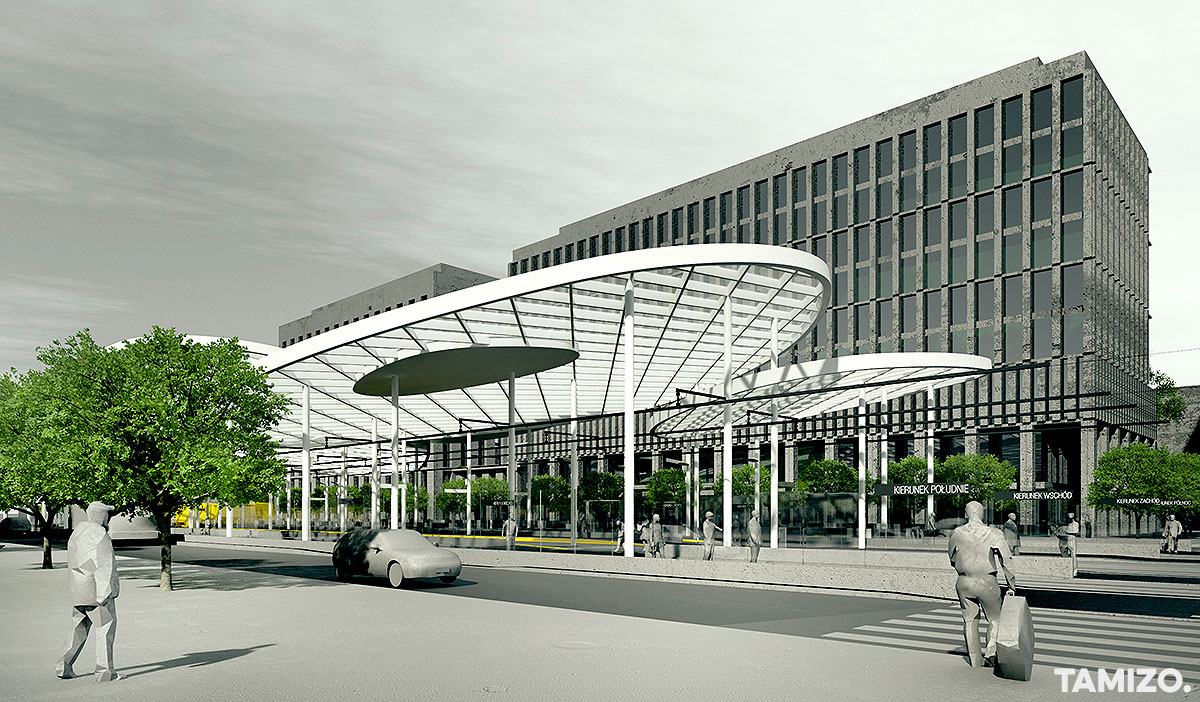 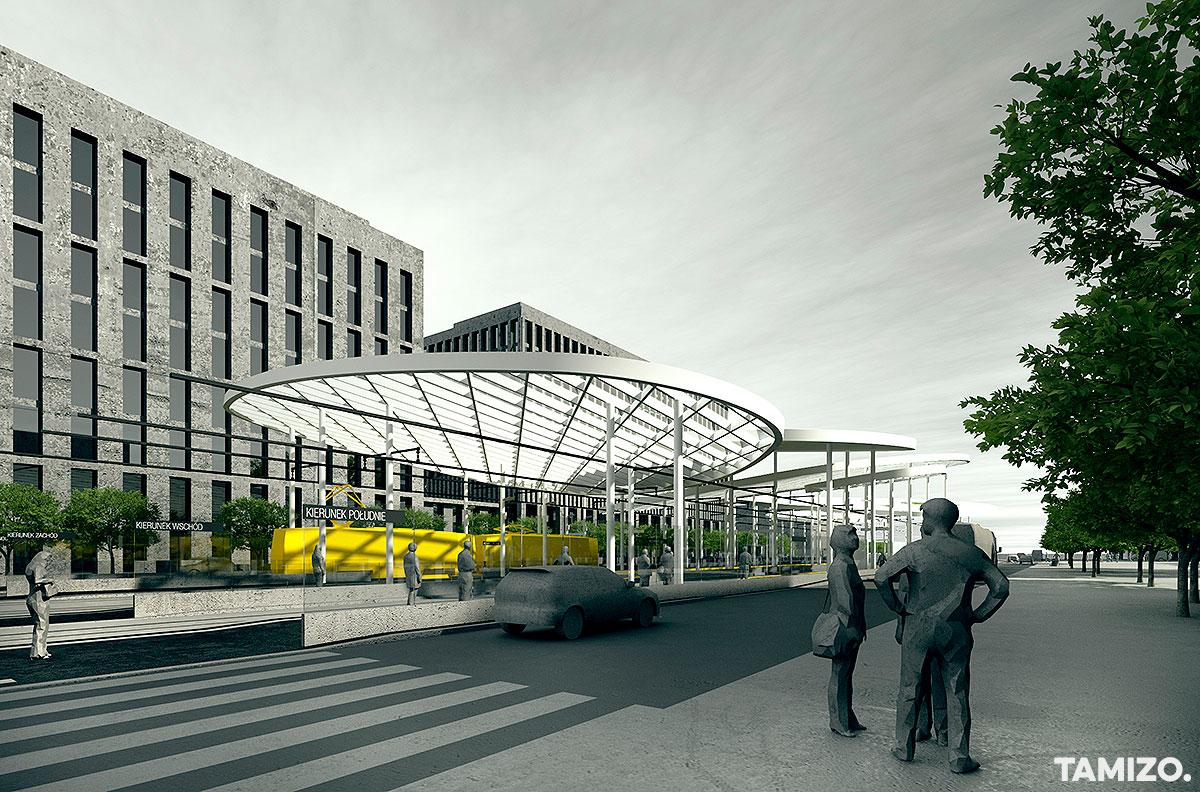 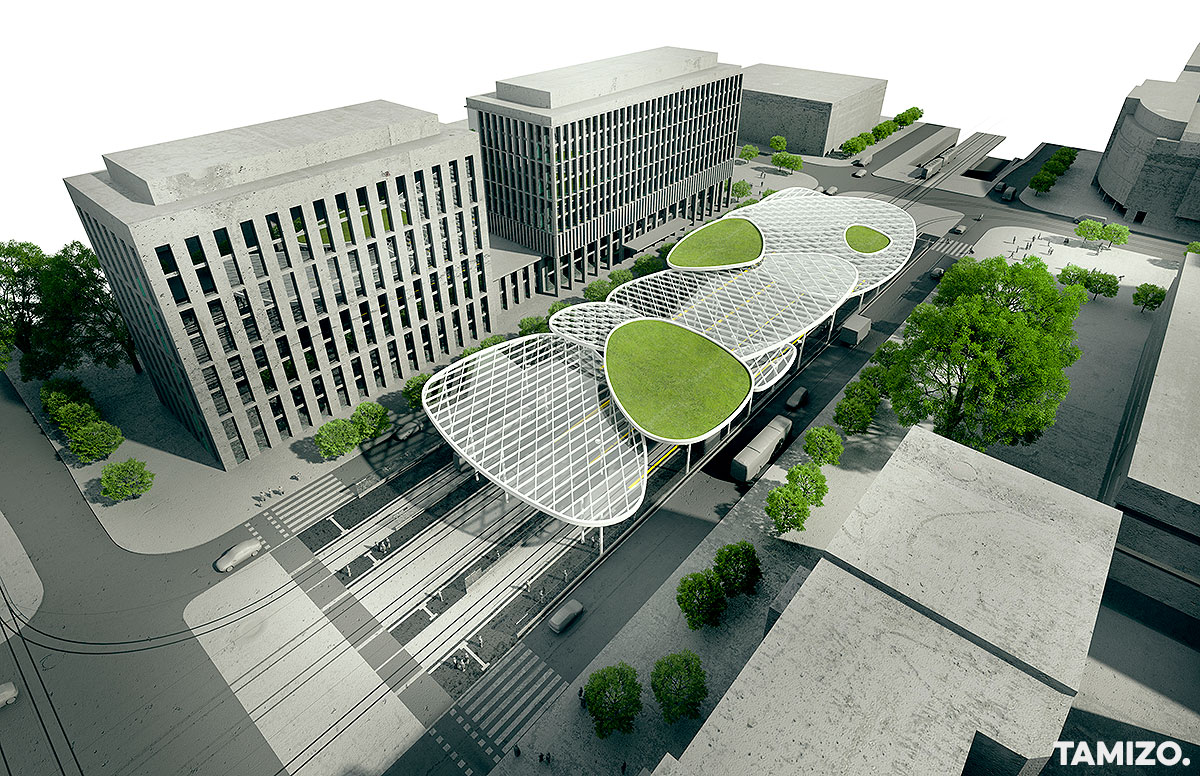 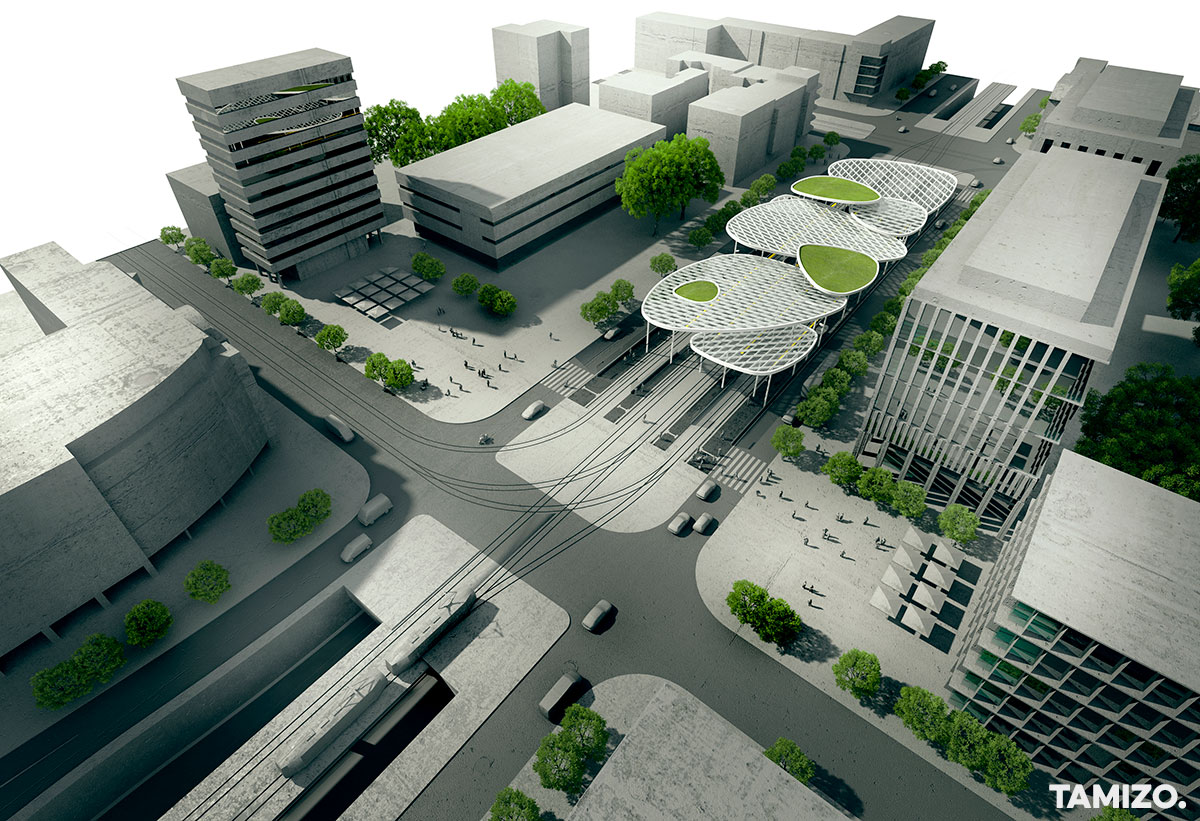